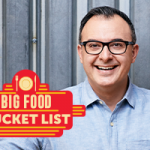 Food Network Canada editors announced their bucket list of their favorite restaurants from across Canada and WE made the list! And our friend John Catucci host of  The Food Network’s Big Food Bucket List dropped in for a visit while on the Island. 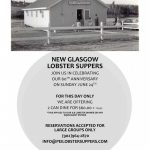 1958-2018 what a milestone! 60 years since we started as a fundraiser for The New Glasgow Junior Farmers turned into an Island tradition for Islanders and visitors alike. Thank you to those who invested their time and energy into creating an event that has flourished over the last 60 years. We would not be what […] 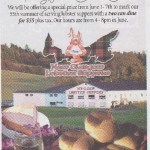 We celebrated 55 years! From that first day back in 1958 to now – many things have changed but our love for the hustle and bustle of the business and the happiness of our clients still remains stronger than ever.  Thank you to everyone who has supported us through out the years and we look […] 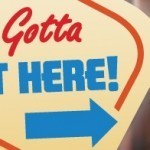 During the summer season of 2011 – we were approached by the producers of a new show called “You Gotta Eat Here” on the Food Network. The film crew visited with us for 2 days, and showcased the best of what we have to offer as well as a few laughs behind the scenes. The […]

In 2010 New Glasgow Lobster Suppers made their debut on CBC airing our first ever commercial on television. The New Glasgow Lobster Suppers now is still owned by William and Thelma Nicholson and Sterling and Jean MacRae, two of the original founding couples. This family-operated business recently welcomed a third generation of family members to it’s management team, […]