You are here: Home / Blog / An HR success Story

This interview with Manager Carl Nicholson  is featured on the Choose Tourism website as part of their series on HR success stories from PEI tourism operators. 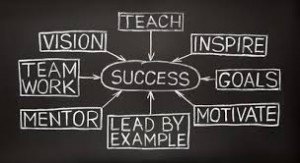 HR Success Story- New Glasgow Lobster Suppers- Motivating Employees
Motivating employees can be a challenge, especially in a seasonal business. So when we heard about Joan Blanchard, we wanted to share her story. Carl Nicholson, General Manager, discusses this long serving team member and how they keep their staff motivated to come back year after year. New Glasgow Lobster Suppers is the Original PEI Lobster Suppers. This third generation family restaurant has been serving lobster in New Glasgow since June 24th, 1958. Last year they celebrated 55 years. The first lobster dinner was served as a fundraiser for the New Glasgow and District Junior Farmers Organization, this seasonal establishment has been serving lobster dinners ever since. They have had many employees over the years. They employ upwards of 100 seasonal employees each year, with many returning year after year.
When did Joan start working with New Glasgow Lobster Suppers?
Joan Blanchard first applied for work as a dishwasher in spring of 1976. The late 70’s were a busy time and they were always needing extra help in the kitchen to prepare and Joan was interested in extra work so would go in to help the other ladies make the pies and shape the rolls. She demonstrated that she was very good at making pies and became the main pie person as the years went on.
What would you say is Joan’s greatest strength?
Joan always feels that the pie must be the best and will stay late to fix up any pies that may not be up to her standard. She has a great ability to get along with others as she has had to work with a number of different staff throughout the years. She enjoys a good laugh and never brings any personal issues to work. She is loyal, dedicated and a hard worker. She often jokes about me having to look up to her when
I was young as Joan is about 5 feet 4 inches tall. I tell her that I still look up to her even though I am six feet tall. We only need to tell Joan how many people that we are preparing for on that day and the next day and she makes the various pies based on her knowledge of what normally happens. Sometimes I will let her know if a particular group that maybe coming in has more female then males, which would
require her to make more of her famous lemon meringue pies.

Is it common practice for you to hire from within when possible?

It is very common place for us to promote from within our staff. Many staff start off as dishwashers and get promoted from there. I started cutting lobster in the kitchen in 1979, became bartender in 1983, assistant manager in 1986 and took over as the general manager in 1989 (only Ralph Dickieson and myself have been the manager of New Glasgow Lobster Suppers in the 50 plus years that it has been
operating). The Dining Room Supervisor is Erin MacRae-Forrest who started working on the dishwasher when she was 12 and has worked in many different positions such as waitress and hostess before leaving for the west. She returned to us five years ago to take over the dining room position and raise her two girls on PEI with her husband Mike Forrest, who is now our Kitchen Manager. Mike had worked
for us as a waiter about 10 years ago before coming back to PEI. We also have Heather MacRae (Erin’s Mom), my (Carl’s) brothers Barry and Gary Nicholson that have worked for NGLS for over 30 years and play an extremely important part in the overall management of New Glasgow Lobster Suppers. As you can tell we not only hire from within but also like to hire family members as it is not uncommon
to have brothers and sisters as well as moms working at the lobster suppers. I can remember once when we had a mom working on the salads, 3 daughters in the dining room, her son cooking lobster and another daughter on dishwasher. This family was all in last summer for suppers which now includes grandkids of which we will probably see apply for work in the next few years. I enjoy seeing the grandchildren of the original owners and staff applying to work with us.
You must know a thing or two about retaining staff; can you give us some ideas on how you keep staff coming back year after year?

I think people keep coming back because we have created a family environment for people to work in. We refer to it as the NGLS crew. We are owned by two families, the Nicholsons and the MacRaes, and have a number of our own family members that have worked here over the years, as well as hire other family members of current staff.
How do you keep your staff motivated to work hard and provide great customer service?
We have implemented a number of different staff programs to reward staff for helping others. We also reward for performance over and above the normal but at the end of the day, what I think works the best is a THANK YOU at the end of a shift to remind them that they are a valuable part of our success. People enjoy working for successful companies. As management and owners we do not sit back and say we are successful because we have been in operation for over 50 years, but concentrate on the product that we are providing today. At the end of the day it does not matter what you were successful in doing yesterday but what you’re successful in doing right now. We are always looking for ways that we can improve and live within our budget because “having it all does not mean having it all at once”.