New Glasgow Lobster Suppers is currently owned & operated by two of the original founding Junior Farmer families, The Nicholson’s &  The MacRae’s. As with time, all things change. With the passing of Thelma Nicholson (2017) and William Nicholson (2021) and Sterling & Jean MacRae both stepping away from the day-to-day operations. The responsibilities of owning and operating New Glasgow Lobster Suppers have been passed onto their families.

Carl grew up on a family farm in New Glasgow (one mile from the lobster suppers) the 8th of nine children of William and Thelma Nicholson. Upon completion of high school, he headed out to Alberta to work on an oil drilling rig before returning to the University of Prince Edward Island to complete his Bachelor of Business Administration in 1987. He became the bartender at NGLS in 1983 and assistant manager in 1986 and took over as the general manager in 1989.

Carl has been part of numerous boards & associations over the years including most recently the PEI Restaurant Association, The PEI Culinary Alliance and The Atlantic Provinces Restaurant Association. He is the past Chair for The New Glasgow Community Corporation and has also been a volunteer firefighter since 1988 for the New Glasgow Fire Dept. Carl has been a member of the Board of directors of the Canadian Restaurant Association (1996-2000), Tourism Industry Association of PEI, Foodtrust of PEI and Tourism Cavendish Beach. He enjoys teaching downhill skiing in the winter as a CSIA level two instructor as well as coaching his son’s curling team. He has also represented PEI at the Canadian Firefighters Curling Championship. He lives in New Glasgow with his wife Sandra and their three children Fiona, Avery and Davis.

Barry (older brother of Carl) also grew up on the family farm in New Glasgow. The 5th of nine children of the founding owners, William and Thelma Nicholson.  Barry is responsible for motor-coach, meetings & convention bookings. Barry has worked within the business for over 3o years doing everything from cutting lobsters to bartending to cashier.

Barry is currently a board member for Meetings & Conventions PEI.  He has also been a member of  The Tourism Industry Association of Prince Edward Island,  and Tourism Cavendish Beach. He has been a volunteer firefighter for over 30 years and is currently on the Board of Directors for the New Glasgow Fire Department. He enjoys curling and has represented PEI at the Canadian Firefighters Curling Championship. He lives in New Glasgow on the site of the old Nicholson homestead & still helps run the family farm.

Gary, twin brother of Barry and the 6th of nine children of William and Thelma Nicholson.  You will most often find Gary greeting customers at the front desk or helping in the bar during those busy nights. In addition to working at New Glasgow, Gary is a full-time farmer having taken over the responsibilities of operating the Nicholson Family Farm from his father. He is also the owner & operator of Dickieson’s Snow Removal in the winter months. He has also been a volunteer firefighter for over 30 years with the New Glasgow Fire Department and along with his brothers has received Exemplary Service Medals for their years of dedication. Gary currently lives in New Glasgow with his wife Valarie and children Corey and Alyssa.

The Eldest Daughter of  Jean & Sterling MacRae, Heather has held numerous different roles within the business for over 30 years. A “Jill of all trades”, on any given day one could see Heather welcoming guests at the front desk, helping clear tables, or even making chowder or biscuits on those busy days. When you don’t see her, you may find her in the office or at her day job as a Pharmacy Technician at The Provincial Pharmacy. Heather enjoys keeping busy at work and play. In her downtime, she enjoys playing darts, curling and spoiling her grandchildren. She is a long-time member of the Crapaud Curling Club, and in recent years she has represented the Club at the Provincial Club Championships. Heather currently lives in Greenvale with her husband David.

The Second Daughter of  Jean & Sterling MacRae, Elaine has recently returned to spending her summers within the hall at the Lobster Suppers. Retired from teaching in 2019,  but continues to educate others through teaching professional development courses.  Elaine enjoys travelling, reading and spending time with family and friends. Elaine is blessed with 2 children Andrew & Jayne and currently resides in Winsloe.

Lisa Jackson is the youngest daughter of Jean & Sterling MacRae. Lisa having worked her way up through the business during her youth still enjoys serving our diners on the weekends.  In addition to her involvement at New Glasgow, Lisa is a full-time CAD technician at MCA Consulting in Charlottetown. Lisa is well known in PEI curling, having represented PEI at the Juniors, and more recently at The Travellers.  Lisa currently lives in New Glasgow with her husband Jamie and their 3 children Anna, James and Sean. 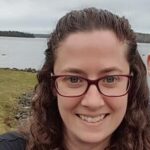 Daughter of Heather MacRae and granddaughter of Sterling & Jean MacRae, Erin has grown up in and around the business.  A graduate of Holland College’s Tourism & Travel Program allowed her to continue her studies and receive her Bachelors of Applied Management in Tourism and Hospitality at The University of New Brunswick.  After living off-Island for 5 years, Erin and her family returned to help run the family business and follow her grandmother’s footsteps as hostess and dining room manager.  She currently sits on the board for The Central Queens Soccer Club and  The Rustico Ringette Association and is a member of The Gulf Shore Home and School.  In her spare time, she enjoys volunteering and spending time with her family and friends. Erin resides in Greenvale with her husband Mike and daughters Jorja and Shelby. 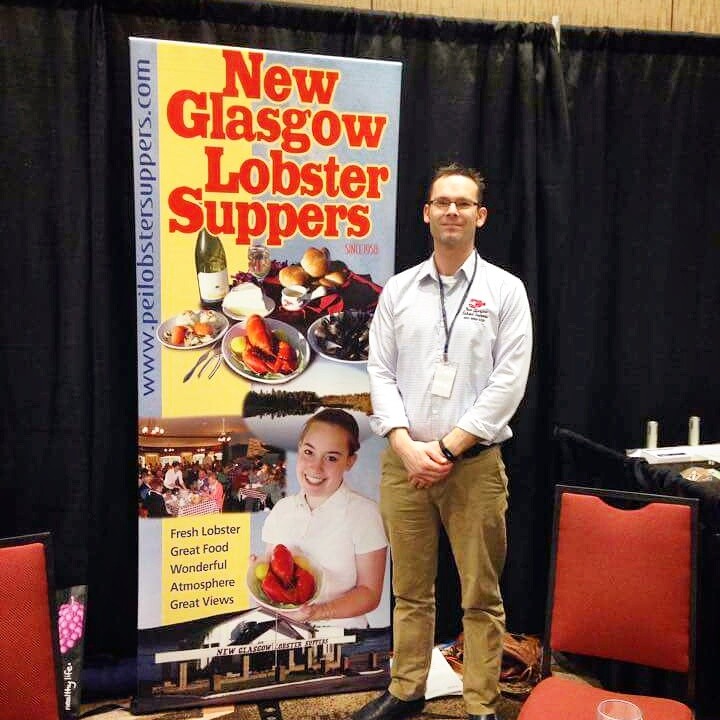 Mike is the husband of Erin MacRae-Forrest, and although not originally from the Island – he now calls PEI his home away from home. A graduate of the Food & Beverage Program at NBCC St. Andrews, Mike developed a love of food and a thirst for knowledge. He then furthered his education by receiving his Bachelors of Applied Management in Tourism and Hospitality at the University of New Brunswick, Saint John Campus. He received his Red Seal accreditation in 2016. Currently, Mike’s role is that of Kitchen Manager, ensuring that everything goes as smoothly as possible behind the scenes. Mike is the past President for Tourism Cavendish Beach and has been a member of the Crapaud Curling Club board.  He enjoys spending his spare time on the golf course, on the ice curling or on the sidelines cheering on his children.